Uchenna Dance was formed in January 2009 under the creative vision and direction of Vicki Igbokwe. This year Uchenna Dance held it’s fifth Summer School at Wac Arts and following this successful endeavour together the decision was made for the company to set its base at Wac Arts premises in Belsize Park.

Uchenna Dance works with a dynamic mix of dance styles: African, House, Waacking, Vogue and Contemporary and as part of the residency will be teaching numerous Wac Arts programmes about these phenomenal dance styles that are not traditional seen in a theatre context. In addition, Uchenna Dance will be offering weekly classes to the public. 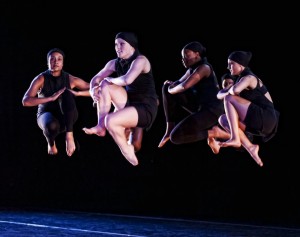 Uchenna Dance’s vision is to become a leading, diverse, forward thinking creative force within the dance world that transcends the African, Contemporary and Urban Dance worlds creating a diverse group of beneficiaries and stakeholders that will engage with the company and all it has to offer. The mission is to provide high quality dance experiences for beneficiaries at different stages of dance, from first timers to professionals and all in between. Be this as a participant, spectator or project partner.

Victoria “Vicki” Igbokwe trained at Middlesex University graduating with a BA in Dance Studies in 2004. In 2011, she graduated with an MA in Cultural Leadership from City University. Her career credits include Mass Movement coordinator of the opening and closing ceremonies for the Olympic and Paralympic Games (London 2012), Mass Movement Choreographer of the opening ceremonies for the Olympic and Paralympic Games (Sochi 2014), Sadler’s Wells Wild Card Curator and Artist (Between The Lines, 2012), Association of Dance of the African Diaspora (ADAD) Trailblazer (2007-2008) and Trailblazer CHAMPION (2012-2013).

For further information on the residency and Uchenna Dance please contact Hayley.Butler@WacArts.co.uk.