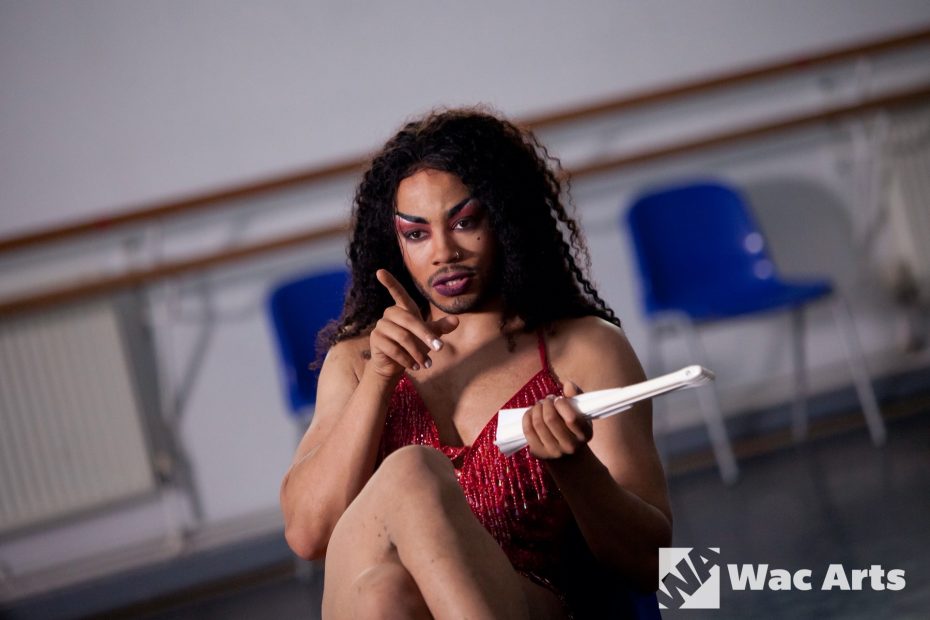 We may not have had the #PrideInLondon weekend we wanted and needed, but we’re still celebrating visibility, equality, and togetherness for the LGBTQ+ community with Rhys Hollis’ (aka Rhys’ Pieces) commission Drag On Rhys.

Following the rise of the Black Lives Matter movement and mass protests that took place last year, we commissioned previous Wac Arts attendee Rhys to explore the idea of what protest looks like in an isolated 2-meter squared space.

Through their drag performance, Rhys explores their identity as a queer Black person, damaging stereotypes, and the importance of protest for finding community and a sense of empowerment.

Rhys also ran a workshop with Mosaic LGBT+ Young Persons’ Trust, exploring what the young people’s drag characters would be, that was described as “sparkly and empowering”.

Watch some behind the scenes footage and snippets of Rhys’ performance on the Wac Arts Vimeo.

Thank you to everyone who has donated and made this commission possible.

previousCreative Community of Volunteers formed Hampstead Gown Factory at Wac Arts
nextWac Arts invites artists, companies and dramaturgs to tender for three new opportunities to develop a creative, inclusive programme with and for our young people