Tales from the WAWA 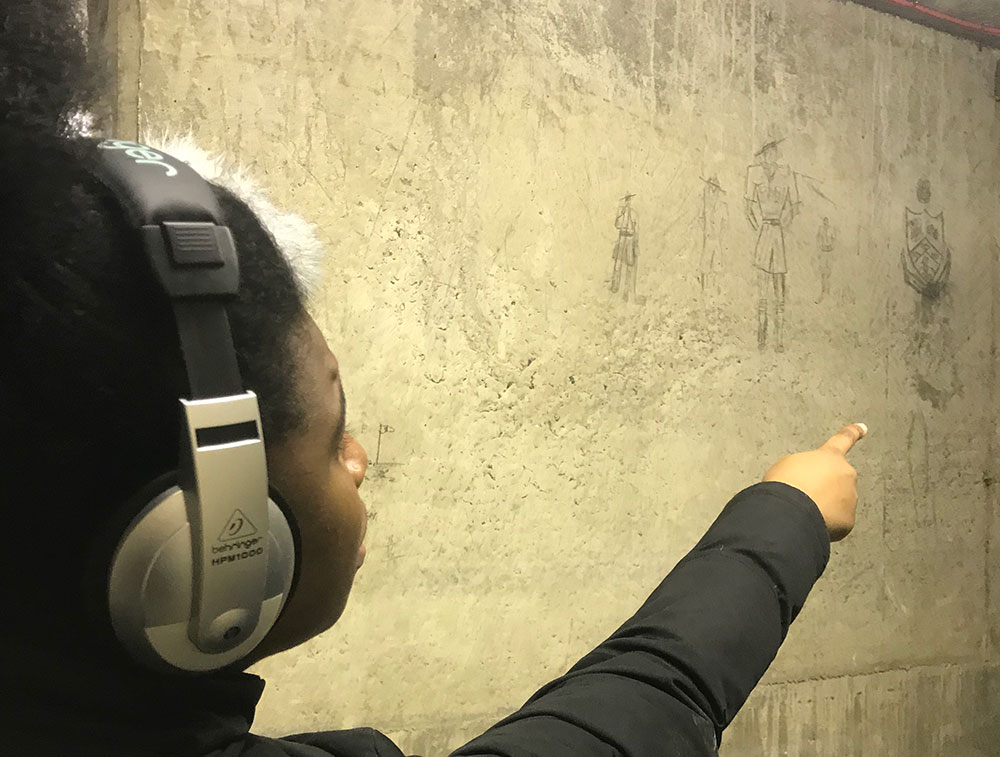 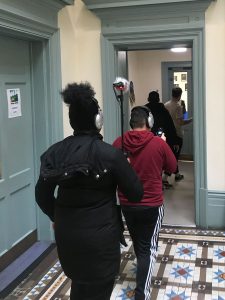 From the 16th to the 18th of April Wac Arts Ignite Easter project saw students thinking about the history of the Old Town Hall building in Belsize Park, home of Wac Arts. The result was a digital storytelling podcast (listen below) project called Tales from the WAWA which included elements of drama, sound design, music, interviews, visual art, research and poetry. The young people were shown images, photos and films from 1878 to the present day and they took a lead on the themes and ideas that inspired them.

The project began with us casting our minds back to the time when the area surrounding Haverstock Hill was largely rural. Based on their ideas of the local surroundings the young people recorded their own soundscape. Another highlight was our visit to the WW2 bunkers on the grounds of the Town Hall. Here we looked at the graffiti drawn by a group of boy scouts who sheltered here in 1941, and drawings by Henry Moore of people sheltering in the tunnels linked to Belsize Park Tube station. We thought about life during the war and the young people recorded their own very life-like interpretation, complete with air-raid sirens and the noise of bombs landing closeby.

After this individual young people selected their own themes to work on, which ranged from one young person writing and performing a Grime piece about what he had learned, to performances of poetry by T.S Elliot who was married in Hampstead Town Hall, and research on the work of Una Marson, a Jamaican feminist, women rights and racial equality activist, who became the first black producer at the BBC in 1932 as well as volunteering at Hampstead Town Hall as an air raid warden ‘in her spare time’ during the World War 2.

Young people responded to the Old Town Hall visually through recording the textures of our ironwork and stonework and even our favourite tree which has witnessed a lot of the Town Hall’s history! They also recorded some of the other sounds around the building. Listen to their brilliant podcast, Tales of the WaWa here: