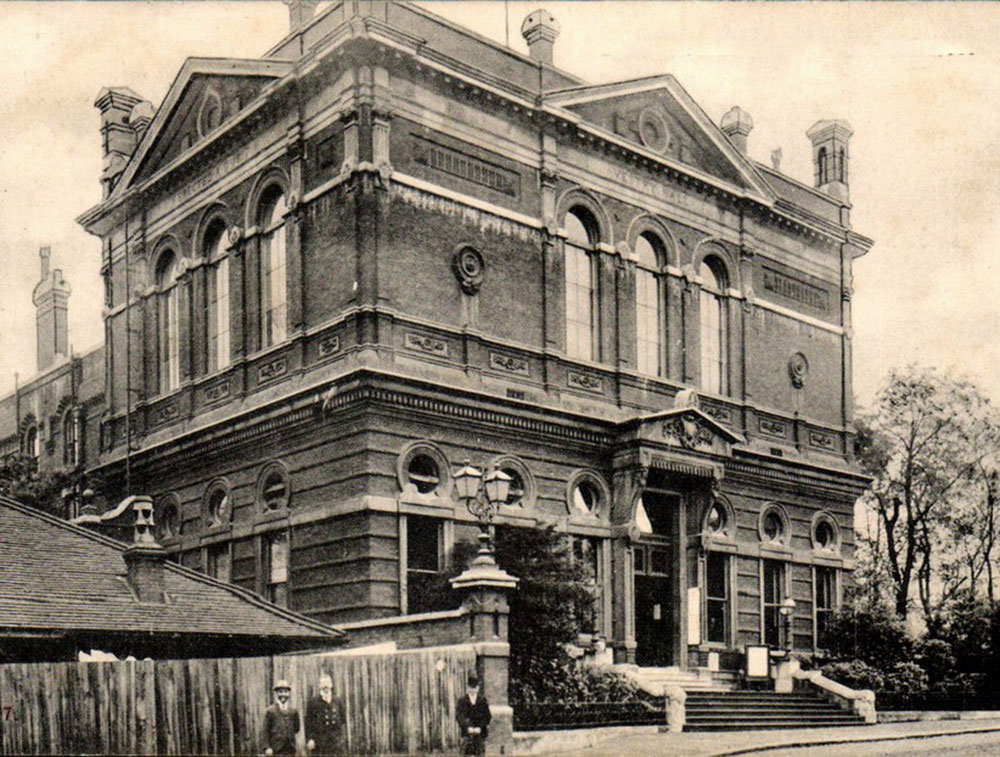 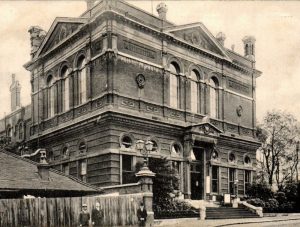 The Old Town Hall has been the locus of a number of exciting events throughout its 140 year history, from tea dances and balls, including the inaugural ball of the London Nigerian Women’s Association in the 1950s; a series of avant garde fancy dress balls arranged by the Hampstead Arts Society, with a Pathe news reel of the 1951 masked ball showing a bare-chested man wearing tights and glittery eye makeup; and, in 1971, a Gay Liberation Front disco (charging 50p entry).

It has hosted countless musicians, with the band that became Madness playing an early concert here and the Pogues using the building to stage a benefit gig for the Miners in 1985.

As well as being the seat of council, the Hall has seen radical political action: in 1913 Emmeline Pankhurst gave an impassioned speech for the suffragette movement here, the content of which survives in the National Archives today because an undercover policeman in attendance took covert notes and reported them back to his superiors. In the 1930s, Belsize Park was sadly a centre of fascist activity, which was well resisted by a number of co-operating community groups; so much so that when Lord Haw Haw and Mosley spoke at the Town Hall during that decade, their meetings were repeatedly protested, with one 1938 event seeing large numbers of women arrested and reports of ‘hand to hand fighting’. In the 1959 General Election, the great anti-racist campaigner David Pitt (later Lord Pitt, Baron of Hampstead) stood for Labour here, delivering a wonderful speech on the steps of the Town Hall, despite being heckled throughout by the National Front.

During the Second World War, the Town Hall became a North London centre of Air Raid Precautions, with its panoramic view over London proving indispensable in locating where bombs where dropping and directing emergency relief therefore saving many lives. The lookout and the phone centre (which took over 600 calls during the War) was manned 24 hours a day by local volunteers, including the famous Jamaican writer and feminist Una Marson (who was also the first black producer at the BBC) who worked here as an air raid warden ‘in her spare time’. The Town Hall itself took three direct hits during the war, with the campanile (bell) tower being partially destroyed as a result.

As a civic centre, the Hall was used to register thousands of births and deaths and of course acted as a marriage venue, with the superstar ‘the One, the Only, the Beloved Queen of Music halls’ Marie Lloyd marrying here in 1907. Her funeral in Hampstead in 1922 attracted 100,000 mourners, and super-fan TS Eliot declared he wouldn’t socialise for two months because he was grieving. Eliot himself married his first wife Vivienne Haigh Wood here in 1915. Other people wed here include Judi Dench, Cleo Laine, Dudley Moore, Lulu and the sculptor Barbara Nicolson. On screen, the wedding in Georgy Girl was filmed here, as was a scene from Four Weddings and a Funeral. 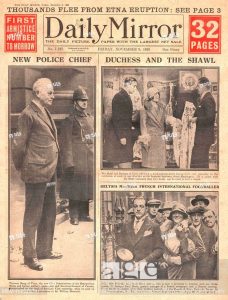 1912 Fund raiser for victims of the Titanic.

1913 14th February Women’s Suffrage meeting hosted by Emmeline Pankhurst, her speech is recorded by undercover policeman (see post box damaged by suffragettes in 1914 by a smoke / tar bomb, north side of Hampstead High Street (#23) , junction with Gayton Street): “And I want you not to see these as isolated acts of hysterical women, but to see that it is carried out on a plan and that is being carried out with a definite intention and a purpose. It can only be stopped din one way. That is by giving us the vote.” (see National Archives, HO 45 / 10695 / 231366).

1932 (May) Town Council bans letting of Hall to IFL, but continues to rent space to the British Union of Facists – weekly protests from radical anti-facist groups take place throughout 1930s

1936 – Patrick Devine and Patrick Dooley (who gave local artist Cliff Rowe – https://www.tate.org.uk/art/artworks/rowe-street-scene-kentish-town-t12448 – a copy of the Communist Manifesto) hold a rally in the Old Town Hall to encourage the community to go to fight against Franco, Devine recites the speeches of James Connolly to the crowd, in what what described as a “packed meeting” (Irish Press, 1 Aug 1936, p 12).

1937 – For every Sunday in ’37, the British Union of Facists march to and from Belsize Park tube > Hampstead Heath

1939 – 1945 Becomes Centre for Home Guard. Probable / possible interrogation centre for “enemy aliens” Bunker graffiti still visible – we are looking at black Briton’s who took part in the Home Guard and their connections to Hampstead Town Hall (f we are looking at WW2, there is plenty of stories about black members of RAF (colour ban until 1941?), army etc – also black children evacuated from London – history of this not taught in schools nor made visible when we talk about the Second World War). 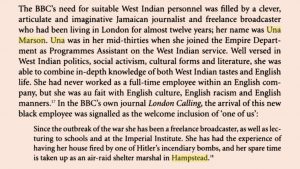 1930a-40a Una Marson (14 the mansions, Mill Lane), the Jamaican feminist and writer, first black woman to be employed by BBC in WW2; see her play At What a Price, and https://www.kcl.ac.uk/artshums/ahri/eventrecords/2017-2018/festival/thu19/caribbean-voices-una-marson-at-the-bbc.aspx ) and seems to have worked at Hampstead Town Hall as an air raid marshall.

1946 – photo of a dance at Old Town Hall, people in fabulous costumes, and half the men and women in the photo are BAME

c. 1948 onwards Women from West Africa, training as doctors at the Royal Free, sit their board exams in Hampstead Old Town Hall (also Indian women doctors trained at RF – we will work with the hospital to uncover more information e.g. about Hilda Bynoe, nee Gibbs, a cousin of David Pitt).

1953 – Nigerian Womens’ League founded, launched New Years Day with a dance at the Town Hall “We believe that the women of Nigeria are capable of following in the courageous footsteps of the many brave men of other lands who have in the past fought against prejudice and overcome overwhelming obstacles in achieving great victories in the field of human endeavour….ours is the cause of Nigerian womanhood.” (Marc Matera, Black London p 118).

Pitt’s election campaign was of course taking place against the outcome of the 1958 Notting Hill riots. Pitt’s son Bruce recalled for me death threats made against the family during the campaign; together with a bookmaker offering odds of five to one against his father living through the election. Meanwhile, Oswald Mosley had returned to Britain to stand for the London constituency of Kensington North on a platform of anti-immigration, calling for forced repatriation of Caribbean immigrants. Pitt’s campaign was a natural target and Mosley marched on Hampstead, leading to what became known locally as the “Battle of Hampstead Town Hall”. And, as if that was not enough, the building housing Pitt’s surgery was firebombed. 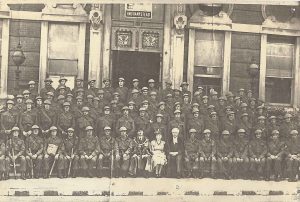 1966 The first Durga Puja celebration – which continues to this day.

1977 Suggs sings first gig with the band that were to become Madness.

1985 Friday 11 Jan, 7.30pm, The Pogues play to fundraise for the National Union of Mineworkers.