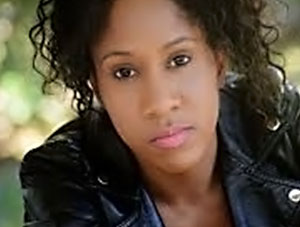 Alum Kandace Caine Shares Why Wac Arts Matters to Her

“I need to write, I need to create. And I know that’s not for everyone, to create and write and direct, but for me, I said I need to get up and start telling more stories.” Kandace Cain tells us about her performance career and how Wac Arts helped her along the way.

Kandace’s time at Wac Arts began with Che Walker’s weekend class. Each week, they were challenged with a different play, be it Greek or Classical or Shakespeare. She also took physical theatre classes because they were “out of this world!” she tells us.

While the classes Kandace took were brilliant, it’s the sillier moments she remembers best. She recounts her best Wac Arts memory to us:

“I think it was when we went on tour with Wac Arts, so we went to Edinburgh Festival because the play that we were in won Best Young People Play—it was called Concrete Jungle Full of Wild Cars. It was amazing and I think it was probably when we were in rehearsal and I think someone during rehearsal either farted just before the performance, and I just remember thinking ‘I heard that.’ It was hilarious! And then, when we all were in the hostel that we were staying at and we would just hear snoring constantly from other people and we couldn’t sleep!”

It’s the childishly humorous moments that mean the most looking back for Kandace. The power of Wac Arts’s foundational belief of inclusivity, fun and love to develop a strong community is clearly seen through Kandace’s experiences.

Presently, Kandace’s life is still full of fun and excitement. Recently cast in a lead role in the television show Ian’s Realm Saga, she’s been spending much of her time in Los Angeles. Besides working on Ian Realm’s Saga, Kandace, with Concrete Jungle’s author Mariama Ives-Moiba, has written a television series centred on a female-dominated world.

“So I’m going to LA, I’ve already got a TV network that wants me to do a pitch, so that’s definitely one of my most exciting things!” said Kandace.

Taking on this many projects requires a lot of confidence—something Kandace says she acquired at Wac Arts.

“I think Wac Arts just gave me the confidence to write, to be able to understand how to lead, how to be more caring, to think of others, as well as myself,” Kandace said. Wac Arts gave her the push to be a better creator and performer.

She described Wac Arts as “inspiring and motivational. I would say it’s fab-alicious, juicy and kind! I think I’ve never met such kind people—absolute friends for life at Wac Arts.”

Kandace told us that she still meets up with her old teacher Che Walker when she is in Los Angeles. Thanks to the lasting impact Wac Arts has had on her, Kandace has plans on how to better Wac Arts in the future.

“I think that everyone who was come here, they need to publicise Wac Arts more. Be more proactive! Even if it’s just a whole day of publicising Wac [Arts] and you get everyone back who’s helped and you find out a date that they all can make, you can literally have a carnival celebration of Wac Arts,” Kandace said.

Now, she has plans to give back to Wac Arts in several ways. Kandace is going to make a difference in the lives of young people by mentoring full-time students. She is also working in close collaboration to make Wac Arts’s 40th birthday celebration the best it can be by supporting our arts festival, alumni events and being an advocate for a charity that is dear to her heart, for all the influence it has had on her career.