The Spain Fights for Freedom Exhibition 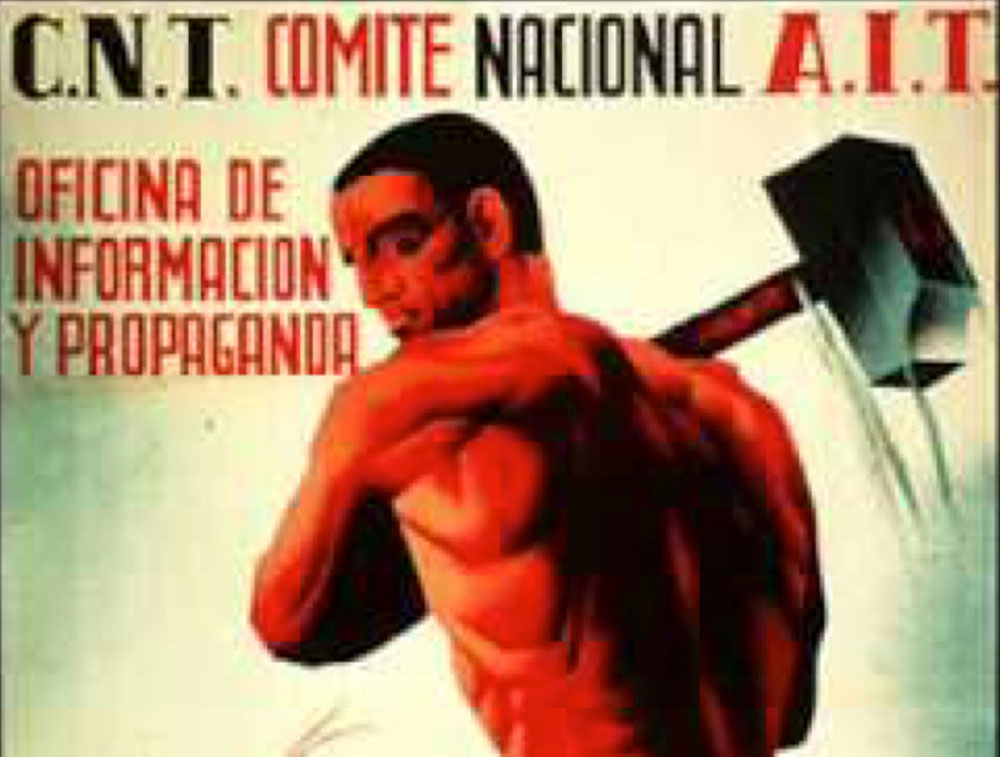 My name is Elizabeth Hay and I’m a member of Hackney U3A. I’d never been to The Marx Library which has the material about the Spanish Civil War exhibition so I volunteered to find about it. I have always loved the poet Lorca’s work and was delighted to find the exhibition had included a celebration of him. I also have always been very proud to be considered “sub human” twice over by Hitler as I’m a disabled woman of Roma heritage. 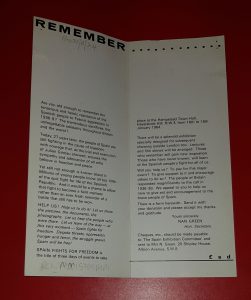 THE SPAIN FIGHTS FOR FREEDOM EXHIBITION

Hampstead Old Town was the venue for a three day event in January 1964 which included lectures, films and an exhibition as well as the celebration of Lorca. Although the Spanish Civil War had ended many years ago, people continued to campaign against Franco and his military dictatorship.

The leaflet that advertised the exhibition began by saying “Despite the threats, oppression and terror, the struggle grows. Spain will be free.”

At the time the exhibition was held, the Spanish Tourist Industry was beginning to flourish. Air travel and package deals were becoming cheaper and very popular. However, many people boycotted holidays in Spain.

Here are two comments from people who visited the exhibition and wrote in the visitors’ book:

“The exhibition… bears witness to the refusal of the Government and some British people in 1936 and today when 1964 is just beginning to face up to the fact that Spain is a fascist land.”
(1936 was when the Spanish Civil War began.)

“I could never visit the country, yet thousands of holiday makers stay there. They are very aware but try to ignore the truth.”

The Exhibition had a different meaning and significance for different age groups. The Exhibition organisers reported that for older people, particularly people who are supported the Republican cause and opposed the rise of fascism in Europe and those who had fought in the International Brigade (there was a section on the International Brigade) it was a very emotional reminder of the Spanish Civil War and the war against Germany which had begun in 1939. Many young people born after both wars had ended were deeply affected by the Exhibition and some were in tears. 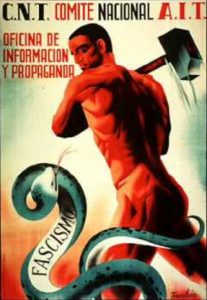 The Exhibition wasn’t simply a History Exhibition. It also emphasised how important it was to continue to fight fascism and to campaign to support Spain in deposing Franco and electing a government which did not rule by military power but allowed its citizens to vote.

Although the Exhibition and its events were for three days only people from the Spanish Embassy in London made two visits, and lodged two complaints –
Firstly, the exhibition was biased.
Secondly it “didn’t show the other side of Franco”

THE EXHIBITION ORGANISERS’ REPLY TO THE CLAIM THAT THEY WERE BIASED

Of course the Exhibition was biased.
‘Biased on the side of humanity.
Biased towards democracy.
Biased against murder and brutality’
The Exhibition at no time claimed to be anything else

If you’d like to read more articles relating to Franco and his relationship with Hitler and Nazi Germany please click here.