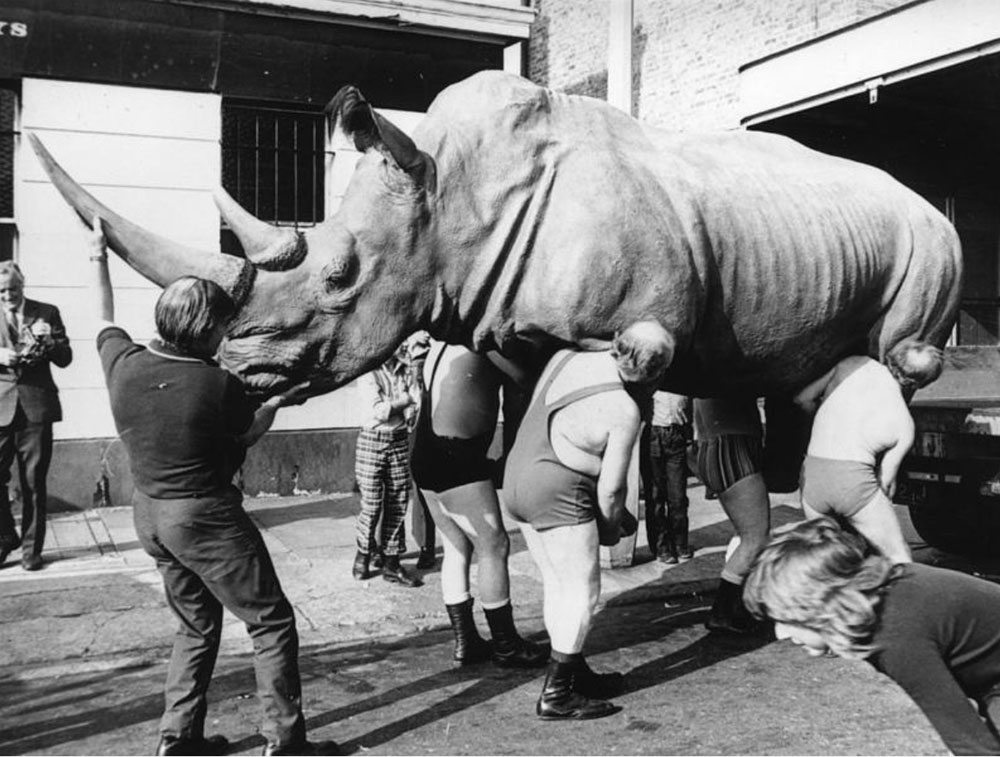 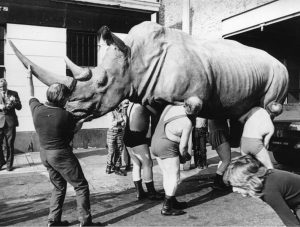 A lot of animals have passed through Hampstead Town Hall over the years – although sadly they’ve not always been alive.

In 1972 the town hall hosted a stuffed animal sale, described as the ‘the largest scale of natural history specimens the world has ever seen’, ranging from tiny stuffed fleas to large taxidermies of elephants and camels.

Enthusiasts and collectors seeking tokens from the animal kingdom came here to cast their paws across a menagerie of quality ornaments.

Size was seemingly not an issue – the organizers even had a stuffed rhino delivered entirely intact!

Perhaps a bizarre symbol of rhinoplasty excess, the Rhino also serves to be a somewhat harrowing reminder that some animals are still being hunted merely for sport and despite this one being from a bygone decade, the destruction of the natural environment is still ongoing.

In 1944 the poet T.S. Eliot – who married for the first time at Hampstead Town Hall’s Registry Office in 1915 – sent a rejection letter to the writer George Orwell criticizing his book Animal Farm. 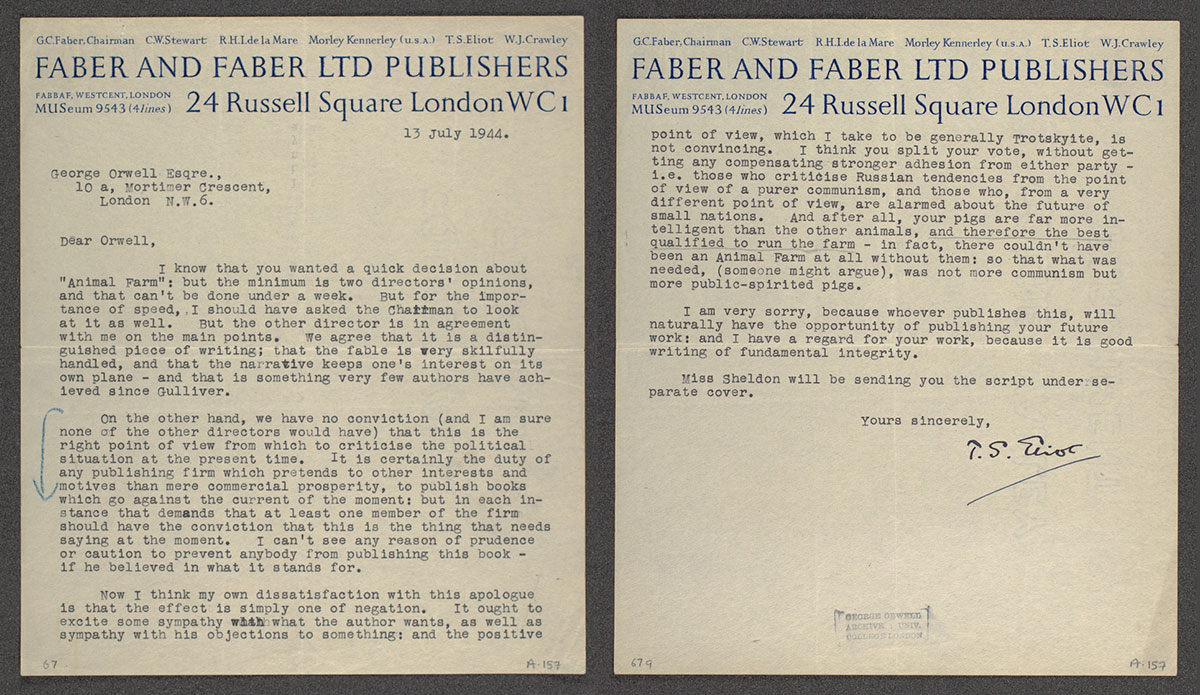 Animal Farm was a satire on Stalinism and was seen as a highly controversial book at a time when Britain was allied with the Soviet Union against Germany during the Second World War. Orwell had great difficulty in getting it published.

Whereas many consider Orwell’s novel to be about censorship and control, Eliot, then a director of publisher Faber and Faber, criticized the book for not creating some kind of sympathy towards the animals. He also criticizes the roles Orwell gave to each type of animal for not helping an “unconvincing” portrayal of the current political climate, calling for “more public spirited pigs.”

The National Anti-Vivisection Society, is the world’s first body to challenge the use of animals in research. The society met in Hampstead Town Hall in 1905 and an Anti-Vivisection public meeting was held here in 1914.

The National Anti-Vivisection Society was founded in 1875 as the Victoria Street Society at a time when public opposition to vivisection led the government to create special legislation to control vivisection. This led to the Cruelty to Animals Act of 1876, legalizing vivisection and preserving anonymity for licensed vivisectors.

Opposition to vivisection increased year on year, but so did vivisections, reaching over one million a year by World War 2. The original Cruelty to Animals Act was replaced by the Animals (Scientific Procedures) Act in 1986. The Anti-vivisection still work to try to abolish vivisections today.