The King’s dinner to the poor in celebration of Their Majesties’ coronation, A.D.1902 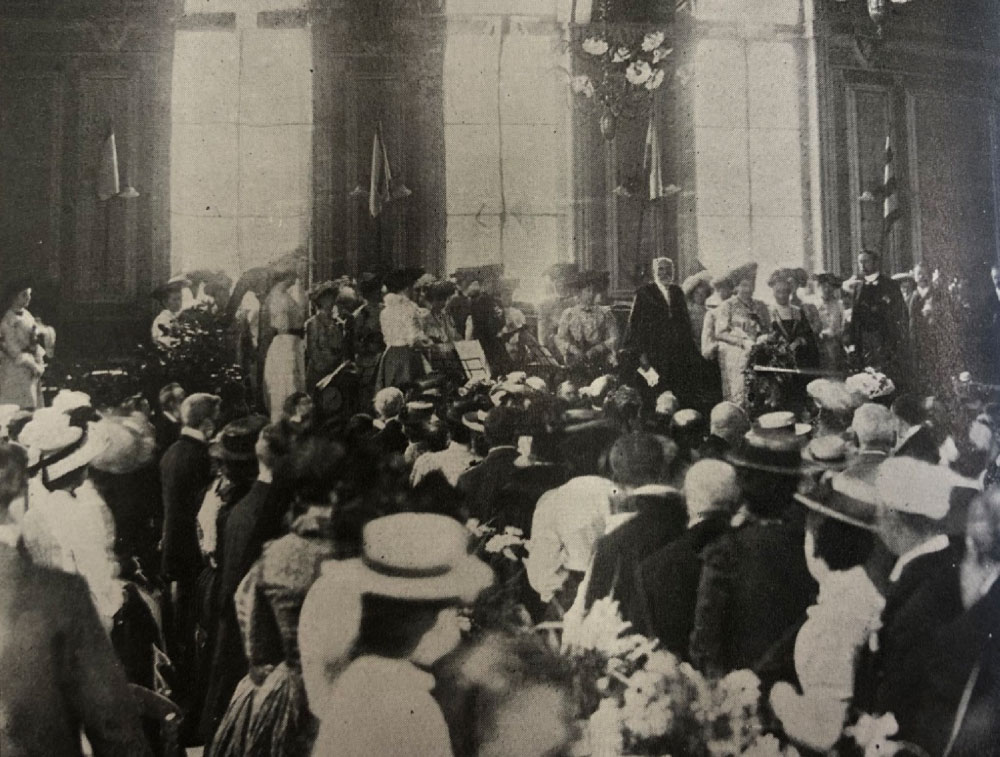 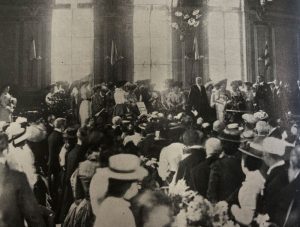 This is an image of the King’s dinner that took place in the main hall at Hampstead Town Hall.

Notwithstanding the postponement of the Coronation, the King’s dinner to half a million of the poor of London will take place as arranged. The dinner will cost £30,000, and each diner will be presented with a memento of the occasion.

The announcement of this splendid act of royal benevolence was made in April by the Lord Mayor of London, Sir Joseph Dimsdale, M.P., who had been honored by a special audience of the King, when his Majesty communicated his intention of giving the entertainment, and requested the Lord Mayor to initiate the necessary arrangements.

The Lord Mayor accordingly summoned the Mayors of the 28 London borough councils and the chairman of the London County Council to a private conference at the Mansion House.

With thanks to Janet Potter and U3A London for writing this article.