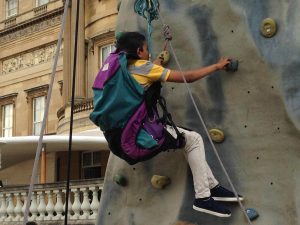 We were honoured to be invited to London Youth’s 130th birthday celebrations at Buckingham Palace at the end of May. London Youth is a network of over 300 community organisations that support young people across the capital through a range of dynamic schemes – they may be well over a century old but they’re not showing any signs of slowing down whatsoever! The Duke of Edinburgh became a patron in 1947, making it his longest running engagement. Prince Philip, who will retire from public duties in autumn, spoke to young people and staff from organisations across London at a garden reception at the palace, which included activities such as fencing and inclusive climbing, both of which were a huge hit. 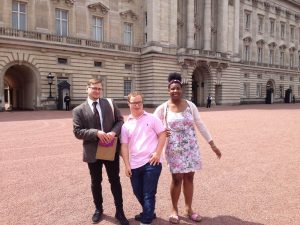 “It was a really fantastic day,” said Wac Arts staff member James Williams, who accompanied our young people to the palace. “Our young people were absolutely thrilled throughout the whole day. One of them said, “This is the best day of my life, all my family are so jealous of me!” The day certainly didn’t disappoint; being able to meet Prince Philip, have tea and cake in Buckingham Palace and engage in the variety of activities on offer in the palace gardens was truly amazing. We also saw some familiar faces from London Youth who were as usual working very hard and making the day something that all involved will never forget.”