WA Interactive has had a busy year so far!

Wac Arts Interactive have been really busy during the first few months of the year! January, February and March saw them get up to all kinds of fun things. They created their own amazing green screen movies using FX Studio – and for those of us not in the know they’ve created an absolutely fantastic tutorial video on how to create your own!

Their January and February projects focused on self-advocacy – through the theme ‘Being Your Own Hero’. Through a series of brilliant animations that took inspiration from football fights to corrupt super computers, WA Interactive looked at important issues like standing up for yourself and ensuring that your views are respected by others.

Bring Your Own Hero 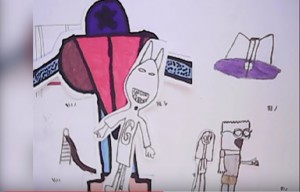 Easter saw WA Interactive premiering their brand new Pirate Radio station called Seven Seas FM. Sponsored by Captain Jack’s Pirate Patches, there was a special feature on The Pirates Wrestling Federation, a detailed weather and travel report for any sailing pirates, a hearty quiz for the jovial mateys and some live performances, with the official release of the ground breaking Pirate single, ‘Give me the rum and loot’.

It sounds like they’ve had a fantastic few months and we can’t wait to see what they get up to this Spring!