Wac Arts has been shortlisted for London Youth’s Arts and Culture Award! 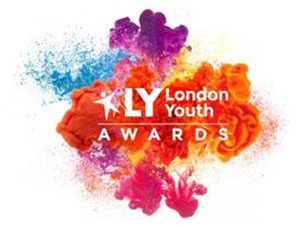 The London Youth Awards recognise the people and organisations that make a difference to the lives of young Londoners. In March 2017 year, as part of the 130th anniversary, London Youth held their first awards ceremony.

From large youth organisations operating across London to small volunteer-run youth groups, the Awards celebrate youth work in all forms.

We submitted our innovative and exciting performance project which was created by our young people.

Over the Autumn Term Urban Motivation a group, for young people with disabilities aged 18-30, devised, developed and performed a unique piece of multi-sensory theatre titled: 2069

Wac Arts are charity of the year 2018 for local supermarket Thornton’s Budgens. Urban Motivation performed 2069 at the launch event beginning outside the store, leading the 50-strong audience along the high street and finishing the performance with a choreographed dance routine at Wac Arts.

The thirty-minute performance was the result of 2 hour-long sessions a week, for 8 weeks, facilitated by two Wac Arts tutors. The young people took ownership of the script, music, costumes, and props – creating all elements of the production. 2069 featured confetti, loud music, smoke machines and megaphones, and had the impact needed for a cold winters evening outdoor performance.

The young people were keen that the performance had audience participation and was inclusive for all with a big party at the end where they invited their friends, family and other youth groups and professionals from the local community.

The nature of an outdoor performance meant that passers by were able to enjoy the performance and become aware of Wac Arts charitable work, and Budgens support. We received an even larger online audience through live streaming the event.

Over the last 2 years Urban Motivation have been steadily improving their leadership and performance skills having performed at various events including Liberty Festival, Parallel and gaining AQA accreditation in their evening workshops. The scale of 2069 is greater than the group have ever independently planned before and it was amazing to see the professionalism with which they executed this inspiring artistic endeavour.

The performance received much praise and interest from the audience and local community, and a short film to showcase the event has been made.

Award winners will be announced at the London Youth Awards Ceremony on 21st March 2018 at Channel 4’s headquarters where Wac Arts will be going to celebrate the nomination and hopefully the win with 5 young member of the Urban Motivation group.

London Youth supports and challenges young people to become the best they can be through hundreds of diverse community youth organisations and our two residential centres.

We directly develop the confidence, resilience and relationship skills of over 24,000 children and young people each year, and reach tens of thousands more through our membership network.

previousWho else is in our building? Meet Starline Entertainment
nextBeyond Time