Update from our Fencing for Film project 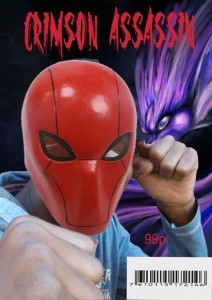 Fencing for Film was the Half term project last week and it was a mix of sport, media, performing arts and visual arts all wrapped up in one week of fun!

The theme of the week is Super Heroes and the young people have been filming using a green screen, learnt how to fence, created digital comic book covers and devised drama pieces, all of which was shared on Friday 30th for an audience of students, parents, staff and supporters.

“I’ve actually seen kids who have bad attitudes or temper problems come into fencing and I’ve seen them leave with leave with much more self-control and self-respect. I think Fencing can have an uplifting effect on the soul” Dion Shively 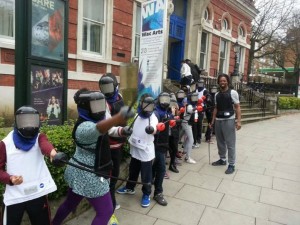