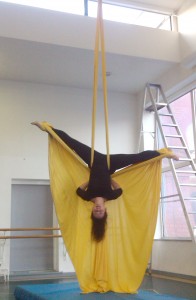 Wac Arts has been lucky enough to be supported by the Swarovski Foundation. Incorporated in 2013 and dedicated to philanthropy and charitable giving the Swarovski Foundation aims to support charitable initiatives and organisations working in areas of culture and creativity, promoting wellbeing and natural resources with a deep commitment to preservation of cultural heritage and encouragement of creativity in the arts. Attracted by Wac Arts dynamic range of activities as well as the inclusion driven ethos and finding diverse talent, the Swarovski Foundation Scholarship offers support for two students in their first year of the Wac Arts Diploma in Professional Musical Theatre, and supports them to gain the skills they need for successful careers in the world of performing arts.

A panel of four judges, made up of Industry professionals, came to Wac Arts to hold a rigorous audition process looking for all round performers with confidence in all three disciplines; singing, acting and dancing. Adebimpe Adeyemo and Elzbieta Kalicka were offered the scholarships and the opportunity to focus on their Musical Theatre training rather than bear financial pressures of working as well as training full time. The Swarovski Foundation has not only given them the support they need now but they are also giving them the tools they need for the future!

“The Swarovski Award has been a strong safety net. Studying 40 hours a week, with 0hr part time work, creative industry involvement and home studies for the course has been a circus with the award being the safety. The show wouldn’t happen without it” – Adebimpe Adeyemo 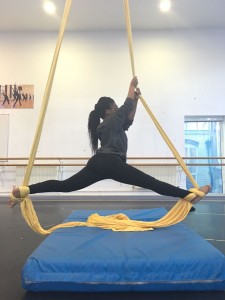 Elzbieta and Adebimpe have been flourishing in their time here with Elzbieta working hard on dance, moving up to level 2, and really exploring characterisation in her acting and Adebimpe seeing positive physical and mental results of her training- the scholarships are showing their benefit with the student’s abilities developing and talent flourishing since September. Wac Arts was fortunate enough to have representatives from the Swarovski Foundation come in to watch Elzbieta and Adebimpe take part in a Lindy Hop class and the Foundation will be continuing their support by coming to see them perform in their showcase at Wac Arts next week.

Elzbieta and Adebimpe have said that without the scholarship they would not be able to train and focus on the career of their dreams. They have promised to keep on working hard exploring and developing their skills in the arts and look forward to the Swarovski Foundation seeing them grow and shine over the next few months where they will be performing in show cases, sharings and a musical production in summer!

We're currently waiting on an update from the NYA on whether our in-person Junior Wac activity will be going ahead this Saturday. We'll be sending out an update by Thursday via email and posting on our socials.

We're extremely happy to welcome Justina Cruickshank as our new Chair of the Board. As a passionate advocate for diversity, Justina is bringing an incredible range of knowledge and experience to inform the future of Wac Arts. wacarts.co.uk/trustees @ThisIsJusty pic.twitter.com/KnH086pZ7F

A must watch: 'Life on Pause' was created by a young person on the Wac Arts Peer Education Programme, exploring issues related to the Covid-19 lockdown. Created in partnership with @FYAonroad Watch here > bit.ly/2HSe4vh #WacArts

Wac Arts is hiring a freelance Creative Producer! If you love co-creating ambitious artistic projects with communities then have a look at the job description on our website bit.ly/2HLEjDB #WacArts #CoCreation

Wac Arts is hiring an interim Learning and Participation Manager/Arts Practitioner for Senior Wac Arts. If you're passionate about delivering world class Arts education to young people aged 14-26 then have a look at the job description on our website bit.ly/3mxjn1W