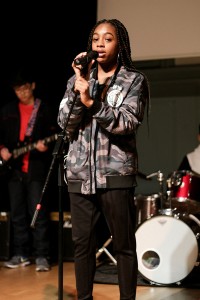 Senior Wac Arts have been sharing their hard work over the last couple of weeks to friends, family and Wac Arts supporters.

After the heart warming, Valentine’s Singers Event on February 14th the students took the stage again on Sunday 13th March to showcase their drama skills. Drama Night provided students with the chance to share some of their favourite scenes from plays such as darkly comic play DNA by Dennis Kelly and sexy and powerful, La Ronde by Arthur Schnitzler. It was a night of tender and impressive performances.

The Senior’s performance spectacular ended with Presentation Nite. This was a chance for students to share a selection of their best work, created and developed since September. This exciting sharing included Afro Fusion Dance, Physical Theatre, Fencing demonstrations, Jazz Dance, Vocal and Drama performances as well as video footage from the Aerials and Video Production Courses! 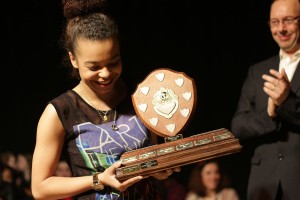 Congratulations to Azania Hammond-Dallas for winning the Mildred Ackerman award! The award is giving each year to an individual that contributes to the organisation in a positive way throughout the year. Azania always performs when asked, assists classes, supports other students and is a positive role model for all Senior WA students. Well done Azania!