Wac Arts wants to congratulate three members of our alumni, Maddy Hill, Danny Dyer, and Marianne Jean-Baptiste of their exciting news and appearances on our screens this January. 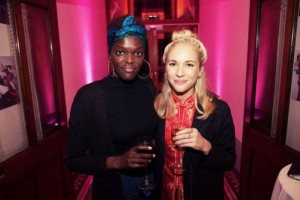 Maddy Hill won Best Newcomer at the National Television Awards. The actress from the London Borough of Hackney has worked on the television series Whitechapel , the film uwantmetokillhim?, as well as EastEnders, the British soap she recently won her NTA award for. Danny Dyer also got recognized for his work on EastEnders at the National Television Awards for Serial Drama Performance. Danny Dyer, an East London born actor, was noticed by an agent at his Sunday School who auditioned him for a role in the Granada Television Series Prime Suspect 3. By the age of 14, Dyer worked alongside Helen Mirren and since then has appeared on stage and in both television and film. Both Danny and Maddy attended Senior Wac Arts, our Sunday programme for 14 – 26 year olds who want to have professional level training in performing arts and media and still continue to show their support Of Wac Arts even now that they are working successfully in the industry.

Maddy came along to our fundraiser in October, talking to the press and potential donors about her experiences at Wac Arts and even shared her inspirational story to the young people who performed that night and dream of working full time as a performing artist when they have finished their training.

Danny Dyer has been busy with starring roles in three films set to be released this coming year but still find the time to support his Wac Arts. Danny has performed at Che Walkers innovative Dalston Revolution nights where actors and musicians perform raising money for Wac Arts.

“I can’t express enough that if it wasn’t for Wac Arts I wouldn’t be where I am today. I owe it my whole career. Coming from my sort of background it’s near on impossible to find any sort of avenue to pursue the art that we love. We need to find to get the readies we need to keep the gaff where it needs to be.” – Danny Dyer, actor 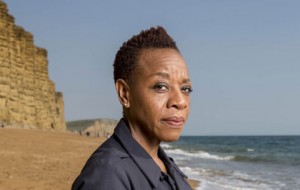 Wac Arts Alumna, Marianne Jean-Baptiste is currently starring as a sharp tongued lawyer in the new television series Broadchurch on ITV. Marianne has been nominated for a BAFTA Film Award, Golden Globe Award as well as an Oscar for her breakout performance in the film Secrets & Lies. She appeared in numerous films and television series including a role in the series Without a Trace, Private Practice, and the new Robocop movie released last year, adding to an already impressive resume. After attending Wac Arts, Marianne went on to study at the Royal Academy of Dramatic Art. Marianne has never forgotten her roots and come back whenever she in London to support the students at performances and even filmed a Happy Birthday message for our 35th Birthday Party in December 2013 all the way form Hollywood!

Congratulations to these alumni on their success and our sincerest thanks for their continued support!