Inspiration at The Amen Corner… 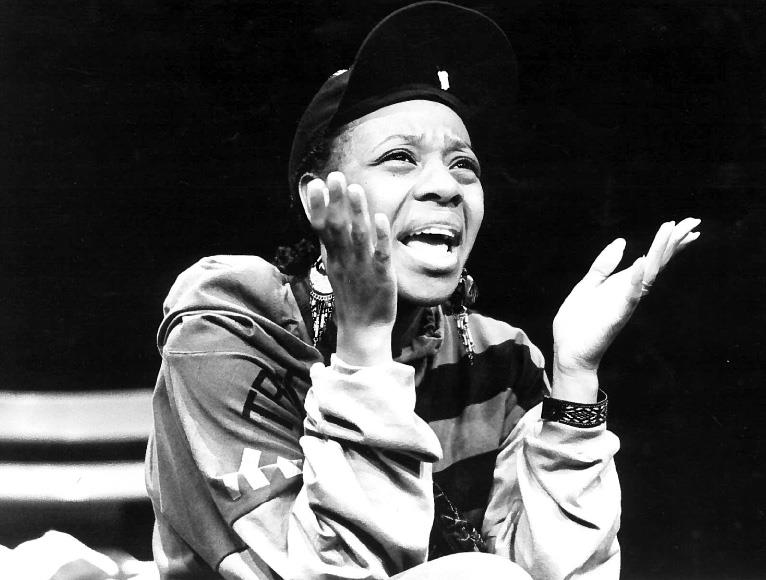 Wac Arts is thrilled to see not one but two of its alumni performing in the celebrated, new production of James Baldwin’s The Amen Corner at the National Theatre on London’s South Bank. Marianne Jean-Baptiste, Oscar, BAFTA and Golden Globe nominee, headlines as the uncompromising Sister Margaret and Cecilia Noble plays Sister Moore. A fantastic show, beautifully performed, both actresses join a full cast complete with gospel choir to rave reviews.

Set in a ‘storefront church’ in Harlem in the 1950s, the production has been acknowledged as ‘A little piece of heaven … wonderfully acted’ in the Daily Telegraph, with Marianne’s performance described as ‘simply stunning’ in The Times and ‘outstanding’ in the Financial Times. Cecilia’s Sister Moore Is described as ‘a hilarious performance’ in Young Voices, ‘wonderfully comic’ in The Telegraph with a ‘talk-to-the-hand sassiness … straight off the set of Jerry Springer’.

The play joins the Harlem church just as Sister Margaret’s absentee husband returns and her wayward son is poised to leave their close-knit world to become a musician. With her congregation already in revolt against her hard-line ways, Sister Margaret’s ‘devout world looks perilously close to falling apart‘. Reflecting universal themes and with convincing characters that ‘any Pentecostal church attendee would surely recognise’, The Amen Corner is a must see for the summer.

Marianne is returning to the London stage after many years’ working in Los Angeles; the place she subsequently made her home following her Oscar nomination for Mike Leigh’s Secrets and Lies in 1997. Since leaving the UK to pursue a successful career in America, she has worked extensively in film and, most notably, the CBS television series, Without a Trace.

As inspiration to all our students, Wac Arts is incredibly proud of Marianne and Cecilia. Everyone is delighted to hear of their success and the fantastic acclaim they have received across the national press.

Those of us who have seen the show so far can highly recommend it and those who haven’t yet, can’t wait to go!

The Amen Corner is playing on the Olivier stage at the National Theatre until 14th August, this is one not to be missed!