This half term the young people on our half term projects, Movin Image and Wac Arts Interactive have been learning new skills in photography and filming . They have been shooting their own movie… producing, directing, acting and filming!

These are some behind the scenes of photos from this weeks Wac Arts Interactive Easter film project featuring aliens, fried chicken and a ukulele. The films will be uploaded soon, watch this space! 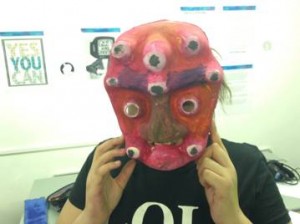 Over 3 art sessions, young people in the Movin’ Image Project made mixed media portraits exploring their moods and personalities. The group played with collage backgrounds from found images and mixed media cut outs to form the base. They then worked in groups to photograph different expressions which conveyed a range of moods and printed these on top for a layered self-portrait. This was a fun few sessions with some beautiful art being produced by the young people on the project! 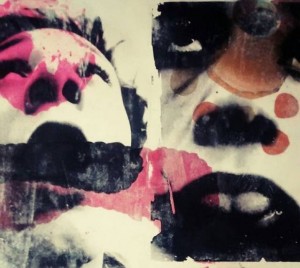