Busy week for our diploma alumni!

It’s a busy week for our diploma alumni as now fewer than six major productions get underway with star-studded Wac Arts Diploma graduates in their cast:

Kofi Boateng appears in Fuel Theatre’s The Spalding Suite which, continuing on its national tour, opened at London’s Southbank Centre last night. The show has received 4* reviews and is in the Metro’s To-Do List this week.
(At Southbank Centre until Sat 2nd May then touring)

Patience Jame & Fumy Opeyemi return to the main stage at Sadler’s Wells as they bring their two-girl supergroup Girlz On Point (GOP) to the 2015 Breakin Convention festival of international hip hop dance.
(Sadler’s Wells Theatre on Sat 2nd May) 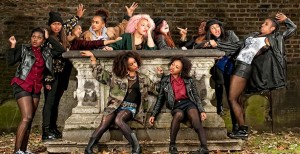 Rosie Wilson Sidlauskas will also be appearing at Breakin Convention this year as a member of Myself UK Dance – an all female collective of hip-hop dancers who’ll be taking the stage by storm.
(Sadler’s Wells Theatre Sat 2nd May)

Sophia Thomas continues on the national tour of Muscavado, an original play looking at slavery in 19th Century Barbados. Time Out say it ‘Get’s the heart pumping’ and London Theatre gave the play 5* so you really should book tickets now.
(Tonight at Liverpool’s Lantern Theatre then touring) 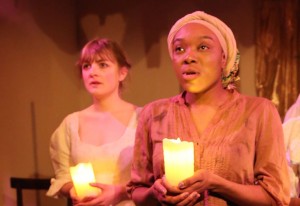 The Inspectors Call is a new play by Peter Capmling is a witty examination of the current fight for and also a look at the more universal feelings of stress and strain at work, all through the lens of an offstead examination. Our alumna Blaise Alert plays a fantastic role on stage at Theatro Technis in London.
(Until May 16th)

And while spring is in the air, Carlos Mapano appears in the Bard’s most famous love story Romeo & Juliet produced by the innovative site-specific company Synomtic Productions.
(Secret Brixton location, 14th-31st May)

At Wac Arts we believe passionately that everyone should have the opportunity to participate in the arts. 😊 Have you got that #FridayFeeling? Why not support us today and help change the lives of young people. Donate here bit.ly/WA_BigGive21 #ChampionsForChildren #BigGive

Wac Arts #ChampionsforChildren match funding campaign is live. 💷Donate before midday 15 June, and your donation will be doubled at no extra cost to you. 🎯Can you help us reach our target of £12k? Donations can start from £1. Please support us today 👉bit.ly/WA_BigGive21

We're excited to announce our guest Directors for the Wac Arts Dance Company as Lukas McFarlane and @MsKloeDean If you're aged 16-25 you can attend free dance training with these two legends. Book to attend the taster on 6 June on our website > bit.ly/3c67vkO pic.twitter.com/PRD38er0Ac

Applications for our Summer Schools are now live! We have activities for ages 5 up to 24 - everything from dance and filmmaking to creative writing and audio production. For more information check out the Wac Arts website bit.ly/3fqqFUJ #CamdenSummer

Wac Arts is hiring for an Administration Manager! If you thrive on driving organisational change and building effective systems for administration then have a look at the job description on our website ➡️🌏 bit.ly/3wq0LpN