Birthday Gift from The Jack Petchey Foundation to Wac Arts!

Since its establishment in 1999, The Jack Petchey Foundation has supported thousands of individuals and organisations that help young people to achieve their goals in life, and throughout its 15 years of activity, it has granted several millions in funding to programmes and research aimed at improving young people’s life.

Thanks to the Jack Petchey Foundation, Wac Arts and its students have been enabled to become a more solid and welcoming place for young people. Since the establishment of the foundation, 10 Wac Arts students have been selected every year to spend £200 each in a project or an activity that would benefit their peers, such as purchasing tickets to shows and equipment for their courses.

Following the celebrations of their 15th Anniversary in 2015, The Jack Petchey Foundation created a special one off Jack Petchey Crystal Award, which has been delivered to 150 groups in consideration of their admirable work. 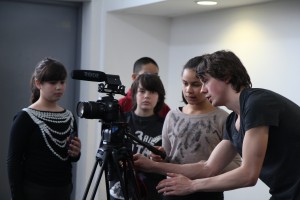 We were delighted to know that Wac Arts is one of the organisations receiving this prestigious recognition for its ongoing commitment to young people’s services and maintenance of high management standards. All the recipients of the award will receive a generous gift of £1500, which will contribute to the sustainability of Wac Arts and its programmes.

We would like to thank The Jack Petchey Foundation for their incredible support throughout the years and their continued interest in Wac Arts activities, which has contributed to make our organisation the North London pole for any young person with an interest in the arts, regardless of their background and experience.