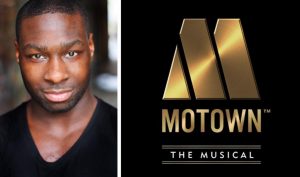 Huge congratulations are in order for alumnus KM Drew Boateng, who announced that he’ll be making his West End debut by joining the cast of the legendary Motown: The Musical at The Shaftesbury Theatre. Motown The Musical follows the legendary career of Berry Gordy and the creation of his musical empire, Motown Records. The story begins in 1983, on the evening of the 25th anniversary celebration of Motown, and Berry Gordy is looking back on his career. Inspired by his childhood hero, black American boxer Joe Louis, the young Berry dreams big, hoping one day to make people as happy and proud. After a few years on Detroit’s automobile assembly line he sets his sights on bringing a socially charged, racially divided country together with music.

In addition to this Wac Arts alumna Sophia Mackay is starring in an upcoming production of The Bubbly Black Girl Sheds Her Chameleon Skin, taking place at Stratford Royal in March. She’ll be playing Viveca, a young African American girl who dreams of becoming a dancer. We follow her journey from school in 1960s LA through to auditions on Broadway. Growing up during the civil rights movement, Viveca chooses to face the realities of racism and sexism with optimism and faith and discovers her own self-worth. We’re hugely excited to watch what’s sure to be a completely fantastic performance. 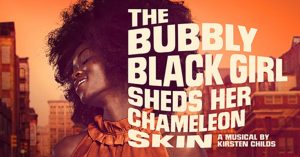 Diploma Co-ordinator Martha Stylianou said, “We’re proud but unsurprised at the fantastic roles our alumni are getting on stages across London, the UK and beyond – it’s been fantastic to work with these talented individuals at the beginning of their careers.”